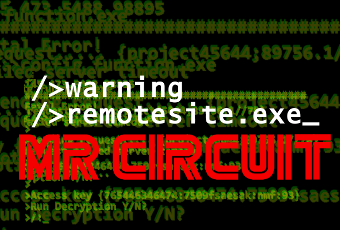 We are a local tech start up based in Shrewsbury who repair and install all things electronic. I was inspired to start a repair business as I was shocked at the amount of stuff we needlessly throw away. It cannot have escaped your attention that we live in a throw away society and our stock answer when our electronic devices stop working is to just throw them out and buy a new one.
I was also the same until one day I was given an old vacuum cleaner. As I was using it for the first time I noticed a funny smell and a few seconds later, when I saw black smoke coming out of it, I panicked and yanked the plug out of the wall by the lead. After running outside with the appliance and then, being relived the fire was averted, I felt compelled to investigate what was wrong with it.

I noticed that a build up of fibres wrapped around the spindle had caused the belt to come off its track. The belt was then rubbing against the plastic side and the friction had caused it to melt. This is what produced the horrible smell and black smoke.
As I was taking it apart I realised that it was quite a straight forward operation. I continued to strip it down piece by piece and cleaned it up thoroughly inside. I replaced the belt and reassembled the unit carefully and it worked like brand new when I switched it back on. It is still going strong today.

It was here where I thought I could I could make a difference in the local area by saving stuff from landfill, encouraging people to keep their devices longer, and teaching others how to fix electronics.

Usually, I would have just given up on it and bought a new one. However, this led me to think of the many items that we throw away and whether they might be feasible to repair. I had already got into making electronics as a hobby and my skills developed from there as I resolved to open up every electronic device that failed and see if I could revive it again.
I eventually got a job with a major manufacturer working as a repair technician and again I was shocked at the way in which people would discard items without a second thought. This led me to investigate the area of electrical repairs and I was surprised that nobody was really available to fix things anymore.

It was here where I thought I could I could make a difference in the local area by saving stuff from landfill, encouraging people to keep their devices longer, and teaching others how to fix their electronics. It is surprising that electronics repair technicians are a rare breed when there are a plethora of electronic devices and gadgets that proliferate our lives.
How can it be that things are not cost effective to repair anymore? In my research in to this area I discovered that the problem is actually one that the manufacturers have created in order to inflate their sales and appease the ever increasing demands of their shareholders. Not only have our consumption habits changed, this has had a devastating effect on our environment.